Born in the oasis of Laghouat, Algeria at the heart of the Sahara in 1966, Brys Bonnal has pursued his love of the study of the wildlife and the protection of nature from an early age.

Awarded a “Master's degree” in tropical zoogeography from Aix-Marseille University following his study of the Kruger National Park he has specialized, in-depth knowledge of the animals and wildlife of Africa.

In 2002, he combined his passion for and proficiency in African nature by creating and running his own private park in South Africa. Covering 8000 hectares of land, Brys built a “Wildlife Sanctuary” in partnership with a wildlife rehabilitation centre in order to conserve and protect that which he holds in such high regard. "It was important for me to give back as the Earth gave me everything I needed to live, and so, I thought that the least I could do, was to give back to the natural environment which provided for me". From 2008 till 2010, while working as an Estate and Wildlife Manager in Tanzania, Brys was able to combine his passions of photography and protecting the natural environment. Yesterday in Australia, another day in Asia or in North America, another year in Europe, you probably might come across him in Africa. More recently, he has covered the wild stretches of the Southern Africa, from the Namib Desert to the Victoria Falls, looping via the Okavango Delta. Before he has crisscrossed the huge areas of the North-American continent, from Texas, going via the Colorado Rockies all the way to the Arctic Ocean, to the North of Alaska, totalling 43000 km.

Photography has always been part of Brys' life and has helped further his understanding and appreciation of the environment he studies. "Growing up in the African bush and spending my life in the presence of wild animals has made wildlife an intrinsic part of my life and I couldn't imagine it differently. Taking pictures is a logical extention of wanting to continue to be part of nature."

His first international recognition came in 1992 when he was awarded the "Kodak Grand Reportage Award" where he was unanimously chosen by the jury and granted honors for his work.

He has followed this success with numerous awards and his work has been featured in magazines including "African Geographic", " Science et Nature", "Getaway", "Terre Sauvage" and "Suomen Kuvalehti". He has produced five internationally recognized books on fauna and the natural environment.

At the same time, since few years, he has naturally evolved to be an accomplished artist, through his observations and work, as a nature photographer, thus completing his deep passion for the natural world. 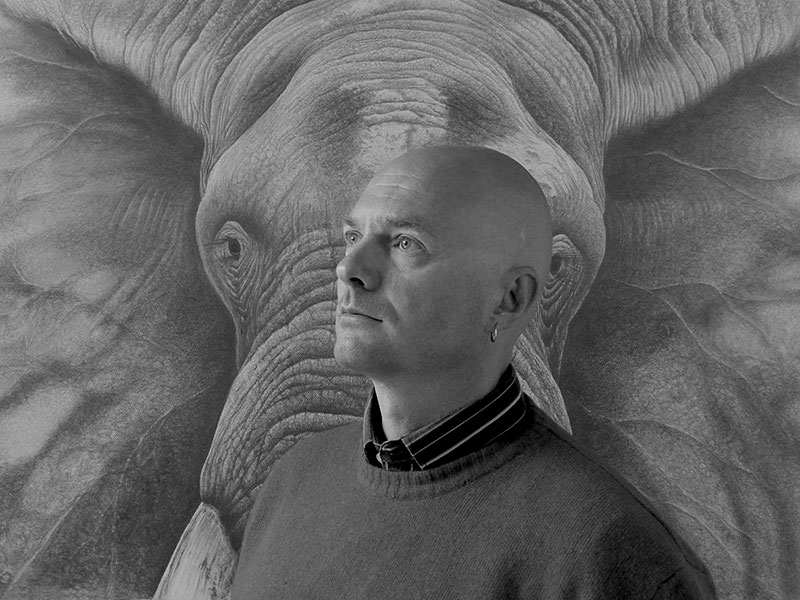